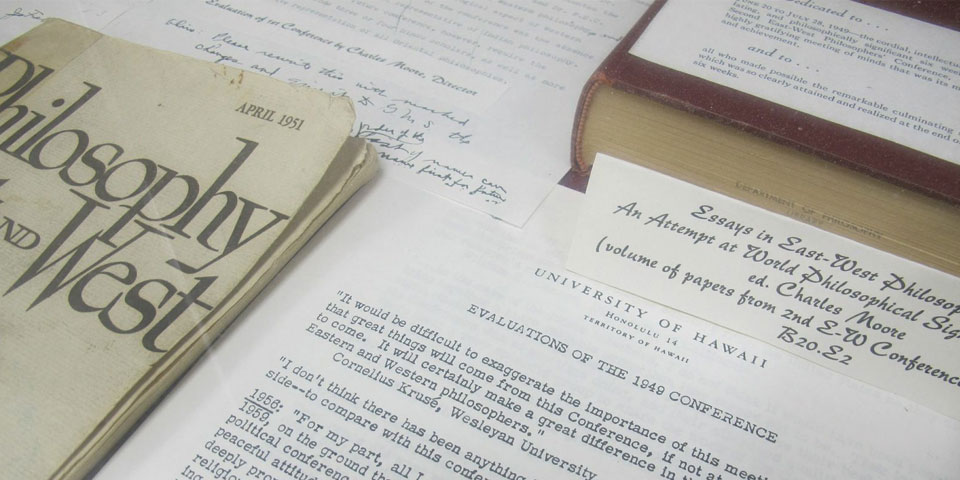 For almost three-quarters of a century the University of Hawai‘i at Mānoa has been a center for an East-West dialogue carried on by the most prominent philosophers in the world. This dialogue began in 1939 when three visionaries – Professors Charles A. Moore, Wing-tsit Chan, and Gregg Sinclair – initiated the first East-West Philosophers’ Conference (EWPC). Its aim was to explore the significance of Eastern ways of thinking as a complement to Western thought, and to develop a possible synthesis of the ideas and ideals. Comparative philosophy has evolved from this earliest idea to pursue a mutual accommodation among the world’s cultures, with conferences continuing to be held in 1949, 1959, 1964, 1969, 1989, 1995, 2000, 2005, 2011, and 2016. Each conference focused on a theme which was deemed to be a vital issue of its time.

These conferences have been successful in fostering dialogue among philosophical traditions. Moreover, they have been instrumental in the establishment of the East-West Center in 1960, and in the founding of Philosophy East and West – now one of the leading journals in comparative studies – in 1950. Volumes of papers presented at these conferences have been published to further promote discussion on the global scale.