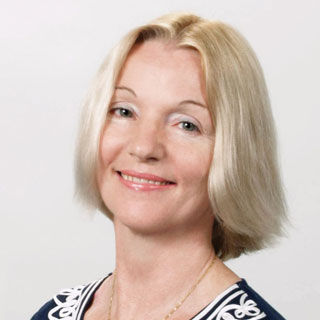 Professor Albertini’s research in Renaissance philosophy focuses on Nicholas of Cusa (mathematics, cosmology), Marsilio Ficino (metaphysics, aesthetics) and Charles de Bovelles (sapientia, ars oppositorum, analogia) in whose works she detects an alternative type of rationality: inclusive and reconciliatory. She is also interested in the innovative use of mathematical figures and other visual means in Renaissance works as “philosophical language.” Her most recent paper is entitled “‘Methodic Foundering’ or ‘Methodic Overcoming of Rationality?’ Metaphysics of Liberation in Karl Jaspers and Nicholas of Cusa”(2021). She is also the co-founder and President of The International Charles de Bovelles Society.
Within Islamic philosophy, Professor Tamara Albertini’s publications aim at reintroducing the vigor and vision of Muslim intellectual contributions from the classical period. More recently, she guest-edited Politics, Nature, and Society: The Actuality of North African Philosopher Ibn Khaldūn. Special issue of Philosophy East and West 69, 3 (2019). Her seminal article “The Seductiveness of Certainty. Fundamentalists’ Destruction of Islam’s Intellectual Legacy,” Philosophy East and West (2003) has been quoted in multiple annual Congress reports. Currently, she is completing her book on Rābi‘a al-‘Adawiyya, the famous Sufi from Basra.
Professor Albertini has been awarded many national and international fellowships and grants, including a NEH Travel Grant for Iran and Central Asia. She was honored with the Excellence in Teaching Award (2016), a Fulbright Scholar Award (2018/19, Bulgaria), and the Distinguished Scholar Award from Cairo University (2019). 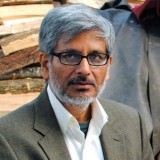 Arindam Chakrabarti earned a D.Phil from Oxford University. Philosophy of language and logic, metaphysics, philosophy of mind, and Indian philosophy are his major areas of specialization. He has been a Visiting Professor at Institute of Advanced Studies in Edinburgh, UK, the Sanskrit University in Tirupati, India, at Trinity College Cambridge, and at the National Institute of Advanced Study, Bangalore, India. In his teaching and research Professor Chakrabarti has been trying to combine analytic, classical Indian (especially Nyāya and Kashmir Shaivism) and continental philosophies. Besides numerous papers in journals and anthologies, his major publications include his book on negative existentials and fictional discourse Denying Existence, an introduction to 20th century Western epistemology in Sanskrit, and five books in Bangla, the latest on the philosophy of food and clothing. His co-edited volumes include Knowing from Words (with B.K.Matilal), Universals, Concepts and Qualities (with P.F. Strawson), Apoha: Buddhist Nominalism (with Mark Siderits and Tom Tillemans), and Mahabharata Now (with Sibaji Bandyopadhyay). The Eastern Philosophy of Consciousness and the Humanities Project (EPOCH Project) with its focus areas on imagination, concepts and emotion, has recently taken off under his direction. 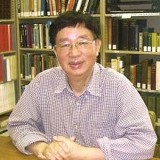 A senior member of the Department since 1963, Professor Cheng has become an internationally well-known scholar-philosopher in Chinese philosophy and comparative philosophy. With a broad and deep background in the traditions of classical Chinese philosophy and Neo-Confucianism, he received his doctorate from Harvard University in the field of analytical philosophy and logic. He has received fellowships and grants from the National Science Foundation, the Pacific Cultural Foundation, the Stanford Institute in the Philosophy of Science, and the Fulbright Foundation. He has lectured worldwide in both Europe (Oxford, Berlin TU, and Scandavian countries) and China (Beida, Tsinghua and Renda) and has received numerous honorary titles. He is the founding president and now also the honorary president of the International Society of Chinese Philosophy. He also founded and serves as president of the International Society for Yijing Studies. Cheng founded the Journal of Chinese Philosophy in 1972 and has edited the Journal since then. For his important work in modernization and globalization of Chinese philosophy, he has received an Honorary Doctorate from the Far Eastern Institute of the Russian Academy of Sciences in 1995. Professor Cheng has authored and edited 21 books and over 250 articles in Western, Chinese, and comparative philosophy. He is currently working on a book on ontology in relation to onto-hermeneutics and a book on Kant and Confucianism. 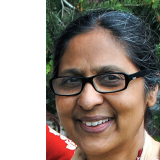 Vrinda Dalmiya received a M.Phil from Jadavpur University, India and a Ph.D. from Brown University. She has been a Fellow at the Indian Institute of Advanced Studies in Shimla, India, where she worked on a comparative project involving feminist care ethics, virtue epistemology and the Sanskrit epic, the Mahabharata. Dr. Dalmiya is mainly interested in analytic feminism. Her areas of research include care ethics, epistemology, gender and environmental philosophy, gender and disability and comparative philosophy. She has published in numerous anthologies and journals like Hypatia, Environmental Ethics, Journal of Social Philosophy and Sophia. 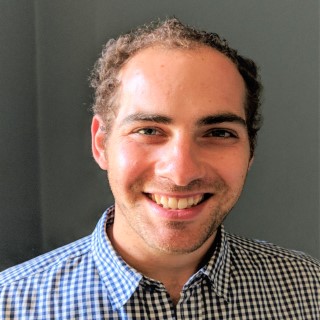 Jonathan Fine received his PhD from Columbia University and has been a Postdoctoral Fellow in Philosophy and the Humanities at Yale University.  His research and teaching focus on ancient Greek and Roman philosophy and issues between aesthetics and ethics.  Professor Fine is working on a monograph, Virtues of Appearance: Plato and the Pursuit of Beauty, examining how beauty for Plato steers who we aspire to be.  Some related work is published or forthcoming in such venues as Phronesis, Classical Quarterly, Journal of Aesthetics and Art Criticism, and A Cultural History of Beauty in Antiquity (Bloomsbury).  Interested also in medieval and early modern philosophy, he asks in his work and courses how concepts, including freedom, the self, and emotions, change within cultures over time and what we might learn from this today. 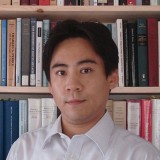 Associate Professor & Director of the UHM Center for Okinawan Studies

Masato Ishida received his academic training in Japan, Canada, and the United States. He joined the department in 2009 after completing his PhD in philosophy at the Pennsylvania State University. He specializes in classical American philosophy, history and philosophy of logic, and traditional Japanese philosophy. Recent works include “The Sense of Symmetry: Comparative Reflections on Whitehead, Nishida, and Dōgen” (Process Studies, Vol. 43, No. 1, pp. 4-34, 2014) ; “The Metaphysics of Pluralistic Manifestations in James and East Asian Buddhism” (William James Studies, Vol. 10, pp. 1-7, 2014) ; “A Peircean Reply to Quine’s Two Problems” (Transactions of the Charles S. Peirce Society, Vol. 49, No. 3, pp. 322-347, 2013).  He is a member of the Center for Japanese Studies and the Center for Okinawan Studies at the University of Hawai‘i at Mānoa. He was honored with the Excellence in Teaching Award (2021). 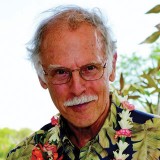 Ph.D., University of Hawai‘i at Mānoa
Executive Director, UHM Uehiro Academy for Philosophy and Ethics in Education
Philosophy for Children

Thomas E. Jackson earned his doctorate in Comparative Philosophy from the University of Hawai‘i in 1979. In 1980 he became a co-founder of the Hawai‘i International Film Festival.  In 1984 he trained in “Philosophy for Children” (P4C) at Montclair State University in New Jersey with other scholars from around the world.  There he learned from P4C’s creator, Matthew Lipman, an inspiring approach to working with children, a provocative new way of thinking about philosophy, and an exciting development in education. Since 1984 he has been passionately committed to the development of P4C in Hawai‘i and around the world.  He is currently serving as Executive Director of the newly established UHM Uehiro Academy for Philosophy and Ethics in Education. Dr. Jackson received a Chancellor’s Citation for Meritorious Teaching (2012) and the Robert W. Clopton Award for Distinguished Community Service (2021). His ongoing research interests focus on demonstrating the impact of doing philosophy with children in grades K-12. His publications include “Home Grown”, “Educational Perspectives: Journal of the College of Education/University of Hawai`i at Mānoa”, “Philosophical Rules of Engagement”, Philosophy in Schools: An Introduction for Philosophers and Teachers, “Philosophy for Children Hawaiian Style—“On Not Being in a Rush…”  “Thinking: The Journal of Philosophy for Children”, “The Art and Craft of ‘Gently Socratic’ Inquiry”, Developing Minds: A Resource for Teaching Thinking, (3rd edition), Freiheit in interkultureller Perspective, by Thomas E. Jackson and Ramakrishna Puligandla. 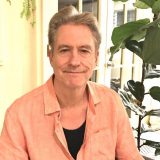 Steve Odin joined the department in 1982 after completing his PhD degree in philosophy from State University of New York at Stony Brook.  He has taught as a visiting professor at Boston University (1989), Tohoko University (1994-95) and the University of Tokyo (2003-04). His research and teaching areas include Japanese philosophy, East-West comparative philosophy, American philosophy, Whitehead’s process metaphysics, phenomenology, existentialism, environmental ethics, and aesthetics.  Among his  publications are Process Metaphysics and Hua-Yen Buddhism (1982), The Social Self in Zen and American Pragmatism (1994), Artistic Detachment in Japan and the West: Psychic Distance in Comparative Aesthetics (2001), and Tragic Beauty in Whitehead and Japanese Aesthetics (2016). Among his awards are one-year grants for teaching and research in Japan, including two Fulbright Awards (1994-95 and 2003-04), Japan Foundation Award (2001-02) and National Endowment for the Humanities  (1987-88), as well as the Presidential Award for Excellence in Teaching at the University of Hawaii (1986), the Association of Asian Studies /Northeast Council for Asian Studies Award  (1998), the Templeton Foundation Award (2000) and the Niwano Peace Foundation Award (2001). He is a member of the UH Center for Japanese Studies. 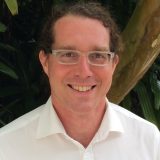 Franklin Perkins received his Ph.D. from Pennsylvania State University and has been a professor at Nanyang Technological University (Singapore) and at DePaul University (Chicago), where he was also director of the Chinese Studies Program. His main teaching and research interests are in classical Chinese philosophy, early modern European philosophy, and in the challenges of doing philosophy in a comparative or intercultural context. In the past few years, he has been focused particularly on the philosophical significance of recently excavated Chinese texts that were buried around 300 BCE.  He is the author of Heaven and Earth are not Humane: The Problem of Evil in Classical Chinese Philosophy (Indiana, 2014), Leibniz: A Guide for the Perplexed (Bloomsbury, 2007), and Leibniz and China: A Commerce of Light (Cambridge, 2004), and he was co-editor (with Chenyang Li) of Chinese Metaphysics and Its Problems (Cambridge, 2015). His books have been translated into Portuguese, Chinese, and Japanese. 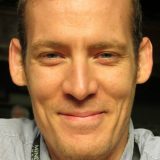 Prof. Smith earned both a B.A. (hons) and Ph.D. from the Department of Philosophy at the University of Toronto. His research is focused on the intersection of Indian Buddhist philosophy (with a particular emphasis on the Pāli tradition) and contemporary philosophy of mind, cognitive science, and moral psychology. Specifically, his work addresses the connection between embodied affect, consciousness, and attention. In particular, he is trying to understand how affective biases shape perceptual salience and what kind of normative obligations we might be under in light of that shaping process. Other related interests include pain and suffering, animal consciousness, and the nature of the self. His research has been published in the Journal of Indian Philosophy, Sophia, Review of Philosophy and Psychology, and Philosopher’s Imprint. Professor Smith was the recipient of the 2022 College of Arts, Languages & Letters Excellence in Teaching Award at UH Mānoa. 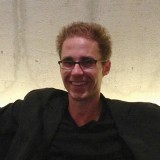 Joseph Tanke earned his Ph.D. at Boston College.  He has lectured and published extensively on issues and figures in Continental philosophy, aesthetics, and the history of philosophy.  His major publications include Foucault’s Philosophy of Art: A Genealogy of Modernity (Continuum, 2009) and Jacques Rancière: An Introduction—Philosophy, Politics, and Aesthetics (Continuum, 2011).  Professor Tanke recently completed (with Colin McQuillan) The Bloomsbury Anthology of Aesthetics (Bloomsbury, 2012), a new textbook for use in courses dedicated to aesthetics, the philosophy of art, and literary theory.  Additionally, Professor Tanke is interested in comparative aesthetics, social and political philosophy, and the historical ontology of pain within Western thought and medicine. 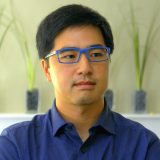 George Tsai joined the Department in 2012, and is an affiliated member of the Center for Chinese Studies. From 2013-2014, he was a Postdoctoral Research Fellow in the School of Philosophy at the Australian National University. His research interests are in moral and political philosophy, broadly understood to encompass contemporary and comparative perspectives on these subjects, as well as such related areas as moral psychology and philosophy of law. He has written on rational persuasion, blame, being supportive, intimate relationships, paternalism, exploitation, and the state’s taxation and expressive powers. He has published or forthcoming articles in venues including Philosophy and Public Affairs, Journal of Political Philosophy, Pacific Philosophical Quarterly, Social Theory and Practice, and Oxford Studies in Agency and Responsibility.