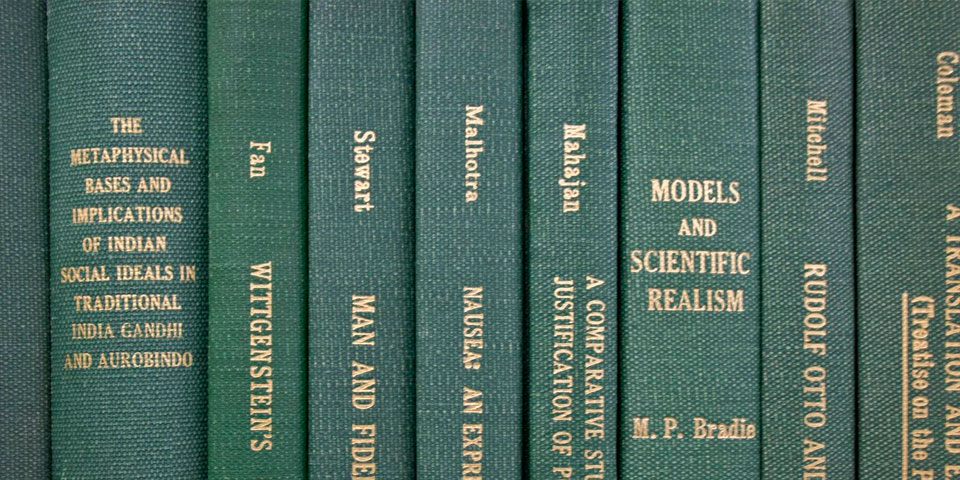 Completed Dissertations and Placement by Year

The Department has maintained an excellent placement record over the past decade. Placement records are provided from 2004. All dissertations completed in the Department are included in the list below. Additions or revisions are appreciated. If your information is missing, outdated, or mistaken, please contact philo@hawaii.edu to suggest changes.

“A Case for the ‘Fractal Self’: The Scope of Moral Consideration as Influenced by Personal Identity”
Chair: Tamara Albertini
Placement:

“Weiziran and Aloha ‘Aina: Place, Identity and Ethics of the Environment”
Chair: Arindam Chakrabarti
Placement: On the Job Market

“The Paradox of Philosophical Disagreement: A Study of Nagarjuna, Haribhadra, and Gadamer”
Chair: Arindam Chakrabarti
Placement: Instructor of Management College of Business and Economics and Lecturer, Department of Philosophy at the University of Hawai’i at Hilo, & Lecturer in Philosophy
Hawaii Community College

“The You-Turn in Philosophy of Mind: On the Significance of Experiences That Are Not Mine”
Chair: Arindam Chakrabarti
Placement:

“Refocusing Religious Expercise: A Philosophical Examination of the Intersection of Religion and Law in the United States”
Chair: Tamara Albertini
Placement: Director, Research Compliance and Scholarship, College of Social Sciences University of Hawai’i

Rehabilitating Momentariness: A Critical Revision of the Buddhist Doctrine of Momentariness
Chair: Steve Odin
Placement: on the academic job market

Watsuji Tetsuro and the Subject of Aesthetics
Chair: Steve Odin
Placement: Web Developer at The Atlantic

Classical Confucianism as a Vision for the Exemplary Treatment of Persons: A Contribution to the East-West Discourse on Human Rights
Chair: Chung-ying Cheng
Placement: on the academic job market

Seeing-As and Reading-In: An Inquiry into Imagination and Meaning in Aesthetics
Chair: Arindam Chakrabarti
Placement: on the academic job market

The Kingdom within the Hut: Ethical Education and Story-Telling in the Yogavāsistha
Chair: Arindam Chakrabarti
Placement: unknown

Confucian Constructivism: A Reconstruction and Application of the Philosophy of Xunzi
Chair: Roger T. Ames

The Autonomy of Xin and Ethical Theory in Xunzi
Chair: Roger T. Ames

Into the Jaws of Yama, Lord of Death: Death and Identity in China and Tibet
Chair: Eliot Deutsch

Can Aristotelian Logic be Translated into Chinese: Could There Be A Chinese Harry Stottlemeier?
Chair: Mary Tiles

On Imagining Being Someone Else
Chair: Eliot Deutsch

Time and Creativity in the Yijing
Chair: Chung-ying Cheng

The Semeiosis of the Image Xiang: A Peircean Approach to the Yiching
Chair: Chung-ying Cheng

Of Nomads, Culture, and Nothingness: A Philosophical Approach to the Problem of Racism
Chair: Eliot Deutsch

The Laṅkāvatāra and Platform Sūtra: Contraries A Part and Polarities Together
Chair: Chung-ying Chen

An Analysis of the Different Way of Thinking of the Indian Yogācāra and the Chinese Fa-hsiang School
Chair: David J. Kalupahana

The Ethics of War and the Uses of War: An Essay in Philosophical Pacifism
Chair: Roger T. Ames

The Ontological Status of the Transcendental Self: A Comparative Study of Kant and Śaṁkara
Chair: Eliot Deutsch

Intelligent Inference and the Web of Belief: In Defense of a Post-Foundationalist Epistemology
Chair: Larry Laudan

Towards a Contemporary Theodicy Based on Critical Review of John Hick, David Griffin and Sri Aurobindo
Chair: Eliot Deutsch

The Unity of the Virtues in Aristotle and Confucius
Chair: James E. Tiles

A Buddhist Response to Modernization in Thailand (with Particular Reference to Conservationists for Forest Monks)
Chair: Roger T. Ames

The Interdependence of Enlightenment and Communication: Ch’an and the Re-Birth of Social Buddhism
Chair: David J. Kalupahana

The Integrity of Technology: A Critical Investigation of Classical and Pragmatic Interpretations of Knowledge, Science and Technology
Chair: Irving M. Copi

Rationality Theory and the Strong Programme in the Sociology of Knowledge: A Critique
Chair: Larry Laudan

Getting Clear on Confucius: Pragmatic Naturalism as a Means of Philosophical Interpretation
Chair: Roger T. Ames

Transcendence, Ineffability and Nirvana: an Analysis of the Relation Between Religious Experience and Language According to Early Buddhism
Chair: David J. Kalupahana

Virtues and Rights: Reconstruction of Confucianism as a Rational Communitarianism
Chair: Chung-ying chen

The Application of the Principle of Equal Consideration of Interests to the Issue of Children’s Rights
Chair: Ken Kipnis

The Nature and Practice of Freedom: A Dialogue on Freedom and Determinism in Buddhist and Western Philosophy
Chair: David J. Kalupahana

Their Conceptual Sphere in Where the Cow Wanders: Metaphor and Model from Veda to Vedānta
Chair: K.N. Upadhyaya

The Concept of Community in Bergson’s Philosophy of Religion
Chair: Eliot Deutsch

Chuang Tzu and the Problem of Personal Identity: A Study of Identity and Inter-relatedness
Chair: Chung-ying Cheng

The Paradigm of the True Human Being in Lao Tzu and Chuang Tzu
Chair: Chung-ying Cheng

The Divining of the Middle Path: Bhāvaviveka and of the Pāramita Tradition
Chair: David J. Kalupahana

On the Great Unity: A Study in Comparative Philosophy
Chair: Chung-ying Cheng

On Unity in Complementarity of God and Mind–A Study of Creativity in Whitehead and T’ang Chün-i
Chair: Roger T. Ames

An Inquiry into the Formation of Chu Hsi’s Moral Philosophy
Chair: Chung-ying Cheng

Mujo: The Japanese Understanding of and Engagement with Impermanence
Chair: Eliot Deutsch

The Buddhist Concept of Ignorance: With Special Reference to Dōgen
Chair: Eliot Deutsch

The Problem of Survival in the Philosophy of William James
Chair: David J. Kalupahana

Athletic Sport as an Experience of Survival: A Philosophical Analysis of Ritual and Symbolism in the Function and Values of Athletic Sport
Chair: Lenn E. Goodman

Angst in Philosophy: An Inquiry into the Role of Angst in Contemporary Philosophical Thought
Chair: Winfield E. Nagley

The Meaning of Subjectivity in the Philosophy of Søren Kierkegaard
Chair: Winfield E. Nagley

The Theory of Imagination in the Philosophy of David Hume
Chair: Winfield E. Nagley

Determinism and the Path to Freedom in Early Buddhism
Chair: David J. Kalupahana

An Examination of Recent Proposals in the Theory of Reference
Chair: Irving M. Copi

Self and Value: A Critical Comparative Study of Śaṁkara and Sartre
Chair: Eliot Deutsch

The Philosophical Foundation of Korean Zen Buddhism: The Integration of Son and Kyo by Chinul (1158-1210)
Chair: Thomas P. Kasulis

The Advaitic Theory of Consciousness: A Critical Study (With Comparative Reference to Some Parallel Western Analyses)
Chair: K.N. Upadhyaya

A Critical Examination of the Philosophy of Shoen-hui
Chair: Beatrice T. Yamasaki

A Comparative Analysis of Wittgenstein’s ‘Tractatus’ and Śaṁkara’s Advaita Vedānta with an Introduction to the Logic of Comparative Methodology
Chair: K.N. Upadhyaya

The Philosophical Significance of the Concept of the Philosopher’s Stone as Used in Hermetic and Alchemical Writings of Paracelsus
Chair: Lenn E. Goodman

The Heideggerian Perspective on Nihilism: A Critique of Modern Technology Through its Manifestations in Literature, Philosophy and Social Thought
Chair: Frederick L. Bender

A Comparative Study of the Main Theories of Justification of Political Authority
Chair: Eliot Deutsch

A Study of Motivational Theory in Early Buddhism with Reference to the Psychology of Freud
Chair: S.K. Saksena