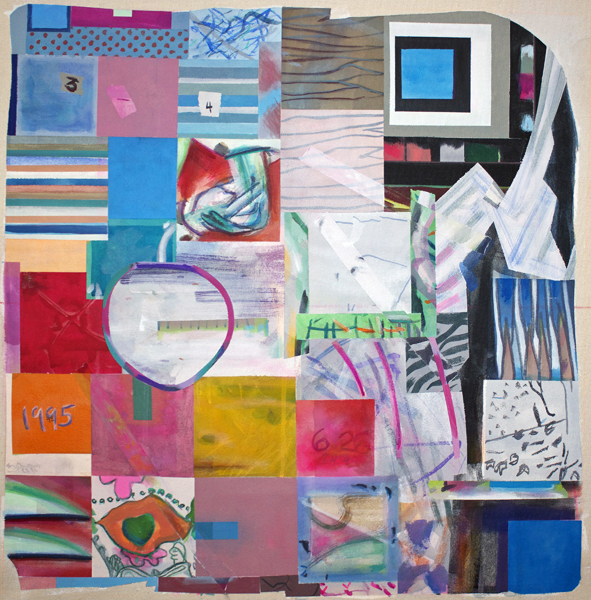 NEW NEW YORK: ABSTRACT PAINTING IN THE 21ST CENTURY
October 4 - December 4, 2015
The Art Gallery at the University of Hawai‘i at Mānoa

EVENTS
free and open to the public

A renaissance of abstraction has recently surfaced cross New York. The sine qua non of modern art, abstraction fell out of favor in the late twentieth century with the emergence of postmodernism and its concepts of paradox, pastiche and deconstruction. But at the beginning of the twenty-first century, abstraction has arisen from the ashes of its professed death with a power and potency rivaling its inception. This phenomenon and the reasons for its resurgence are considered in NEW NEW YORK: Abstract Painting in the 21st Century.

The exhibition takes its title from the New York School, a movement by artists that established abstract expressionism in New York City in the 1940s. It surveys a cross-section of nearly thirty established, mid-career, and emerging artists currently living and producing abstract paintings in this same historical city. While attentive to each artist’s distinctive, unique and individualized contributions, the exhibition examines the meanings they make collectively as well.

Reflecting a range of current approaches to abstraction, the artists carry over lessons from twentieth century pluralism that they utilize to reinterpret, reanimate, quote, remix, mash-up, and morph a variety of genres, historical movements, and traditions of mark making. Furthermore the plethora of historical references is often coupled with a feverish inquiry into the new, particularly the investigation into the emergent vocabulary of post-internet art, a genre that reproduces and alters the organizing principles and systems of online visual culture. Many artists featured in the exhibit such as Julie Mehretu and Terry Winters are world renowned for their innovative painting practice. NEW NEW YORK demonstrates a thirty-two thousand year-old medium’s participation in the urgent dialogue of survival in a world deluged with information and rapidly changing technologies.

EXHIBITION CATALOGUE
Includes color images of 29 artworks in the exhibition and an essay by Marco Antonini. Designed by Jerica Harada. To PURCHASE the catalogue.

CURATORS OF THE EXHIBITION
Debra Drexler is an artist and a professor of drawing and painting at the University of Hawai‘i at Mānoa. Drexler maintains studios in both New York and O‘ahu, and her work is informed by her unique bi-coastal experience. Her work translates the inner experience into outer form through a vigorous athletic painterly process. Drexler has had twenty-eight solo exhibits and over one hundred group exhibitions at galleries and museums in New York, Hawai‘i, Australia, Berlin and across the states. Recent solo exhibits include: White Box’s Annex; Blue Mountain Gallery; HP Garcia Gallery and Java Studios Gallery in New York; and Honolulu Museum and Maui Arts and Cultural Center in Hawai‘i. Drexler has an upcoming 2015 solo exhibition at Van Der Plas Gallery, New York City, where she had a three-person exhibition in 2014. In addition, Drexler has exhibited in group shows in New York including The Drawing Center, Denise Bibro Gallery, Exit Art, Art Finance Partners, and Stephan Stoyanov Gallery, and Sideshow Gallery. Reviews include Artweek, New York Arts Magazine, and New Art Examiner. Drexler has curated exhibits in Hawai’i and New York City.

Liam Davis is an artist and curator living in Brooklyn, New York. He has been the curator at Artifact, a project space on Manhattan’s Lower East Side since 2012. Davis received a BFA from The Massachusetts College of Art and Design and an MFA from the University of Hawai‘i at Mānoa. Davis has taught at the Parsons School of Design (a division of The New School for Social Research) and has been a visiting lecturer at Wellesley College and the School of the Museum of Fine Arts, Boston. From 2011–2012 he held the position of Curator and Media Director at The Muse Center of Photography and the Moving Image. His curatorial projects there include New York Temporary: The City Through Photography Film and Video, 2011 (with HP Garcia) and Stephen Hilger, Hotel California, 2012. From 2011–2014 he has organized an annual exhibition of prints by Brooklyn-based artists in conjunction with Bushwick Open Studios (BOS). His recent curatorial projects at Artifact include Sarah Walker, Drift, 2013, Close Quarters, 2013, Jenna Ransom, Lazy Eyes, 2014, and Lucas Moran, Re Verse, 2014.