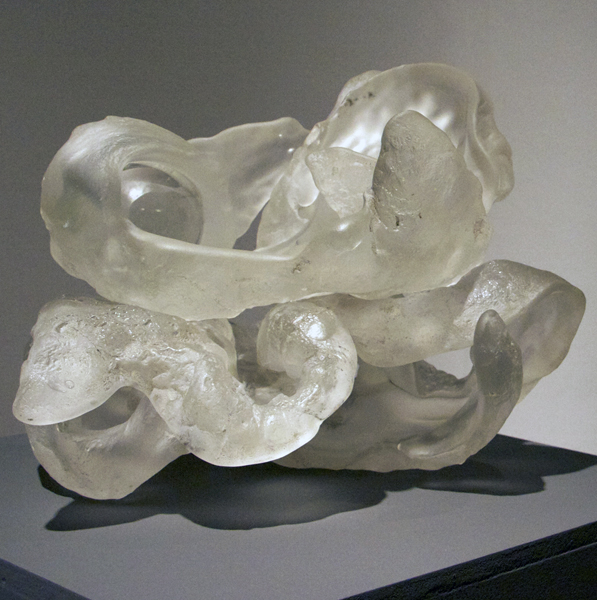 Jonathan Holshue, a recent graduate of the UHM Department of Art + Art History, received a Bachelor of Fine Arts degree with a focus in glass in May, 2015. His artworks are highlighted as part of an expanded arts partnership of the University of Hawai‘i at Mānoa (UHM), the Halekulani and its sister hotel, the Waikiki Parc.

Referring to his recent works in Captured Flow Jonathan states, “Survivors of an evolutionary chain, each sculpture is its own organism, the result of a transformational process. My role is to physically manipulate the molten glass, directly interacting with the medium and acting as an independent variable. I coerce the sculpture, ultimately influencing its evolution. Using simple tools to shape the glass while molten, and through the use of controlled force, I halt its development, thereby encapsulating the moment of its creation. The glass sculpture forever suspends that time of its creation, yet remains seemingly viscous and alive.” He is the recipient of the 2015 Outstanding Undergraduate Student in Glass Award, from UHM. Jonathan expects to receive his BFA degree from the Dept. of Art + Art History, UHM, in 2015.