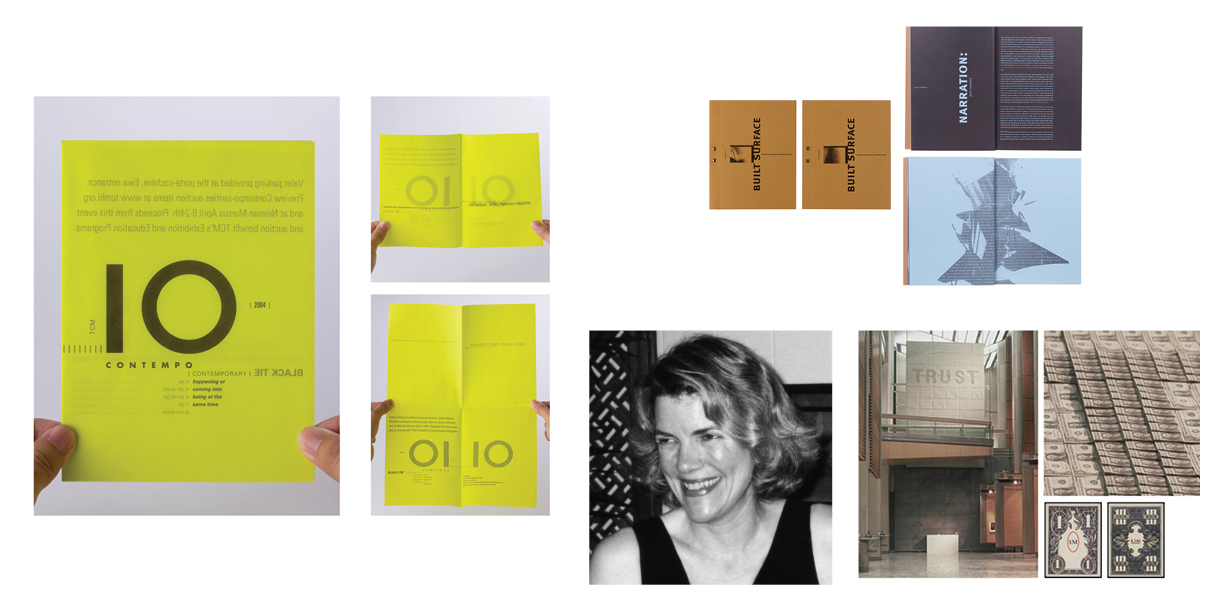 BIO
Anne Bush’s essays on design history and criticism have been published in Emigre, Visible Language, Design Issues, The American Center for Design Journal, Tipographica, the AIGA Journal, Iridescent (the research journal of ICOGRADA - International Council of Graphic Design Associations) and Cambridge University Press among others. Her design and installation work has been recognized by I.D. Magazine, the AIGA, the New York Art Director’s Club, Print, The American Center for Design, Visible Language, Eye and the Brno Biennial of Design, among others. A survey of Anne’s design work, “System, Suspension, Seduction: Anne Bush’s Critical Design Practice” was published in the journal Visible Language in 2006. Anne has presented her design work and scholarship internationally and nationally and has received numerous awards including the Isaiah Berlin Bursary at the University of Oxford in 2007, the Bursary Prize from the Design History Society (UK) in 2005, and a research grant from Yale University’s Paul Mellon Centre for Studies in British Art in 2005. She has been a Visiting Artist/Scholar at the American Academy in Rome (1998, 2003, 2006), a Fellow at the Camargo Foundation in Cassis, France (2000), and a Visiting Fellow at Harris Manchester College, University of Oxford (2013). She was the Paul Mellon Centre Rome Fellow at the British School at Rome for 2014-2015 and Artist in Residence at the Scuola Internazionale di Grafica Venezia in 2015. In 2016 she was one of twelve studios internationally to win an Honor Award from the Society of Experiential Designers. Currently, Bush is preparing a book-length manuscript on the history of the modern travel guidebook as a Ph.D candidate in the History of Art and Visual Culture at the University of Oxford, UK.