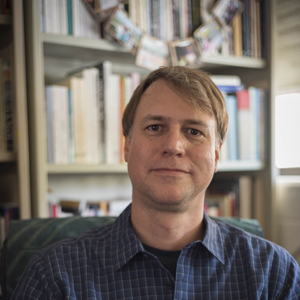 BIO
Paul Lavy received his BA in cultural anthropology and his MA and PhD in South and Southeast Asian art history. Prior to coming to UH Manoa, he taught ancient art history at Loyola Marymount University, Los Angeles, and Asian and Islamic art history at Pennsylvania State University, University Park. Dr. Lavy has conducted research in India and throughout Southeast, particularly in Cambodia, Thailand, and Vietnam (where he lived for a couple of years). His ongoing research, which has been funded by the University of Hawaii Research Council, the Metropolitan Museum of Art, the Asian Cultural Council, and the National Security Education Program, investigates the links between art/architecture and political history in early historic Southeast Asia. His primary interests are the Hindu-Buddhist artistic traditions associated with the Mekong Delta and Preangkorian Khmer civilization and their relationships with the art of South Asia. He is currently researching and writing a book on early sculpture from Thailand, Laos, Cambodia, and Vietnam, entitled The Crowned Gods of Early Southeast Asia.

RESEARCH HIGHLIGHTS
• University of Hawaii Board of Regents’ Excellence in Teaching Award, 2014
• “Syncretism in Buddhist Architecture of Mainland Southeast Asia,” in Cambridge World History of Religious Architecture, ed. Richard Etlin. Cambridge: Cambridge University Press, in press.
• “Conch-on-Hip Images in Peninsular Thailand and Early Vaisnava Sculpture in Southeast Asia.” In Before Siam: Essays in Art and Archaeology, ed. Nicolas Revire and Stephen A. Murphy (Bangkok: River Books, 2014), 152-173.
• “A Lopburi Buddha at the Honolulu Museum of Art,” Orientations 43, 5 (June 2012): 53-59.
• "As in Heaven, So on Earth: The Role of Vishnu, Harihara, and Shiva Images in the Politics of Preangkorian Southeast Asia," Journal of Southeast Asian Studies 34, 1 (2003): 21-39.