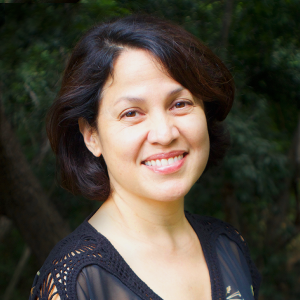 Lola is an associate professor for Pacific Islands Studies, and has served as the chair of the Department of Pacific Islands Studies since August 2021. Lola was born and raised on the island of Guam. For over twenty-five years, she has been doing research on Micronesian migration, settlement in urban spaces, and ongoing connections between diasporic communities and their home island nations. More recently, Lola has become increasingly interested in directing and producing films that promote understanding and social justice. In her latest film, a docu-series called Crossing Spaces, she explores the role that higher education plays in transforming the lives of three women from Micronesia. In addition to filmmaking, along with a team of teachers, Lola has developed a website that provides lesson plans and resources for educators, as well as resources to accompany her films.