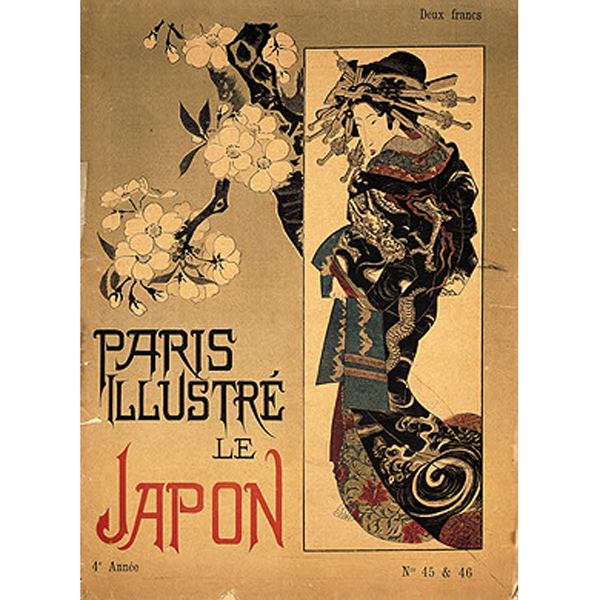 Japanese Art and the Global Stage: Notes from the Nineteenth Century

In the past fifteen years, contemporary Japanese art on the global stage has witnessed what some have called a new wave of Japonisme (the late nineteenth-century European fascination with Japanese art and culture). New works by artists ranging from Murakami Takashi to Tenmyōya Hisashi, Matsui Fuyuko, and Ikeda Manabu visually reference some of the most iconic premodern Japanese art in the world, from Kōrin’s iris screens to Hokusai’s Great Wave. But as suggested by the invocation of Japonisme or Orientalism, some commentators have interpreted this trend as an indication that the global art world is still slow to accept Japanese art unless it embraces a visibly Japanese aesthetic. Do American or European viewers still expect Japanese art to “look” Japanese, and if so, where do we go from here?

In this presentation, I address these issues by delving back into history. While the first wave of Japonisme that originated in late-nineteenth-century Paris is familiar to many today, Meiji-era (1868–1912) Japanese artists’ responses and reactions to Orientalism are less well-known. I will focus on two moments: Japanese craft and painting in the 1880s and 1890s, followed by Japanese oil painting in the 1890s through 1910s, considering racial and economic disparities in the bygone art world while inquiring about their continued persistence today.

Foxwell's lecture is a part of exhibition IMAYO. [ For more information ]

Co-sponsored by the Center for Japanese Studies, UHM.