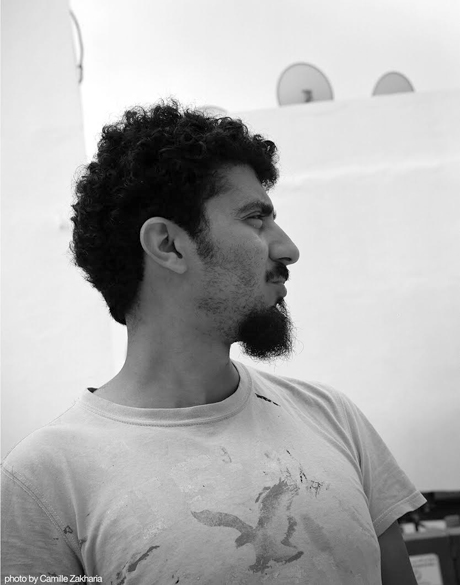 Ganzeer is the pseudonym of an Egyptian artist operating mainly between graphic design and contemporary art since 2007. He is not an author, comicbook artist, installation artist, painter, speaker, street artist, or videographer, though he has assumed these roles in a number of places around the world. His art has been shown in Bahrain, Belgium, Brazil, Canada, Finland, Germany, Jordan, the Netherlands, Switzerland, United Arab Emirates, and the United States, as well as in myriad Cairo galleries.

Art in America Magazine has referred to Ganzeer’s work as “New Realism,” and the Huffington Post ranked him among “25 Street Artists from Around the World who are Shaking Up Public Art.” but Ganzeer rejects both labels and regards Bidoun magazine’s description of him as a “contingency artist” as probably the most accurate, while Ganzeer refers to his own practice as Concept Pop. Al-Monitor.com has placed him on a list of “50 People Shaping the Culture of the Middle East” (2013), and he is also one of the protagonists in a critically acclaimed documentary “Art War” (2014) by German director Marco Wilms.

Ganzeer is currently based in Brooklyn, New York.