Locations of 18 photographs included in the exhibition Francis Haar : Disappearing Honolulu have been identified. Below pairs Haar's works made in 1963-1967 with images from Google Map, screen-captured in 2019.

Photo 1 : (left) Behind the destruction shows back side of Izumo Taishakyo Shrine, located at 215 N Kukui Street, on the ewa bank of the Nu‘uanu Stream. Camera is facing Diamond Head (north/east). The shrine's original location was on Leleo Lane. The lane no longer exists, and the shrine was relocated in 1962 to its present location as a part of the Kukui Redevelopment Project.

Photo 2 : (left) Camera at the ewa (west) side of the Nu‘uanu Stream facing Diamond Head (south/east). Judging from the angle of the photography Haar may have climbed up the Izumo Taishakyo Shrine. Behind the demolition is a two-story building that is still standing, located at on Pauahi Street at Maunakea. 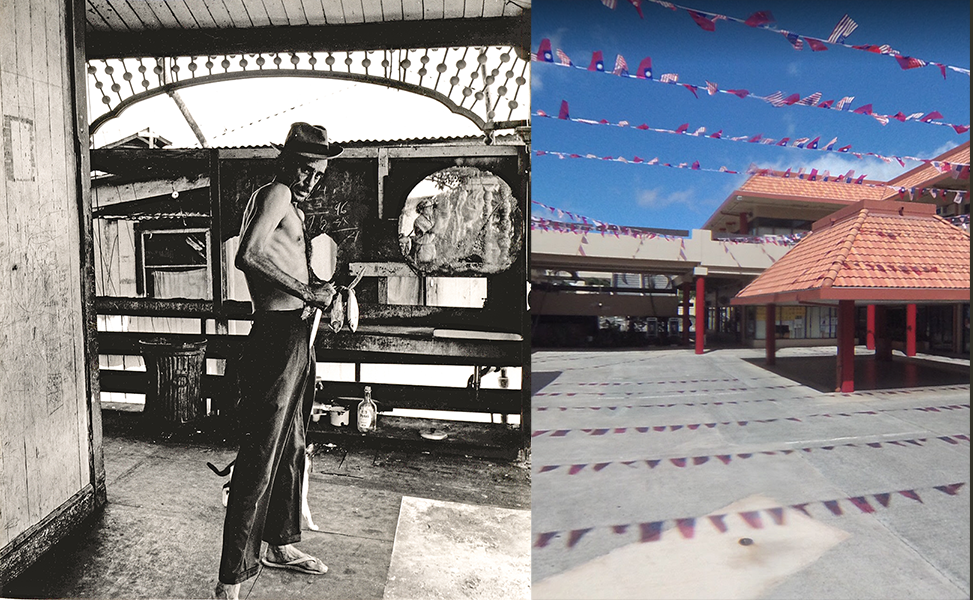 Photo 5 : (left) Man with fish on second floor wrap-around porch of the Chinese Society Building at the corner of Kamanuwai Lane and Kolea Lane. Both lanes no longer exist. Note porch façade detail seen also in photo 7. Currently within the footprint of the Chinatown Cultural Plaza.

Photo 6 : (left) In front of Jane’s Store at 1271 Kamanuwai Lane, located across of the Chinese Society Building. Lane no longer exists. Currently within the footprint of the Chinatown Cultural Plaza. See Photos 7 and 8 for more angles of Jane’s Store.

Photo 7 : (left) Chinese Society Building at the corner of Kamanuwai Lane and Kolea Lane. Both lanes no longer exist, currently within the footprint of the Chinatown Cultural Plaza. Camera facing mauka (north/east). Sign of Jane’s Store pictured at the right. See Photos 6 and 8 for more angles of Jane’s Store.

Photo 8 : (left) Kamanuwai Lane. Lane no longer exists and is currently within the footprint of the Chinatown Cultural Plaza. Camera facing mauka (north/east). Jane’s Store can been seen at the end of the lane. See Photos 6 and 7 for more angles of Jane’s Store.

Photo 10 : (left) Camera at the intersection of Beretania and Maunakea Streets facing toward Pauahi Street (south/east). Behind the musician is the Roosevelt Hotel at 1153 Maunakea.

Photo 13 : (left) Uptown Café at 1041 ‘A‘ala Street. This portion of the street no longer exist and is currently in the middle of ‘A‘ala Park. Camera looking makai (south/west) toward North King Street. 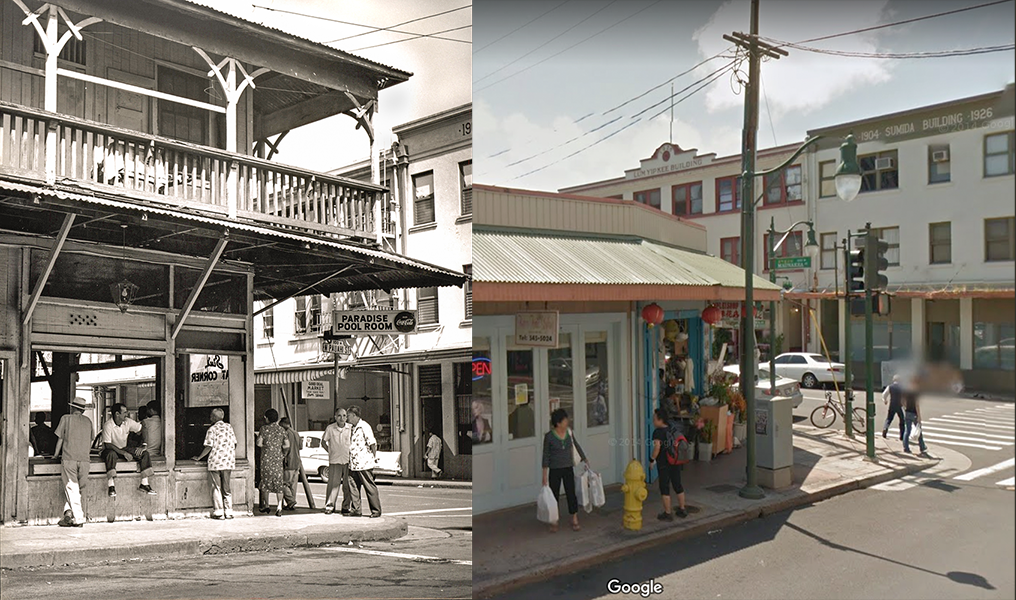 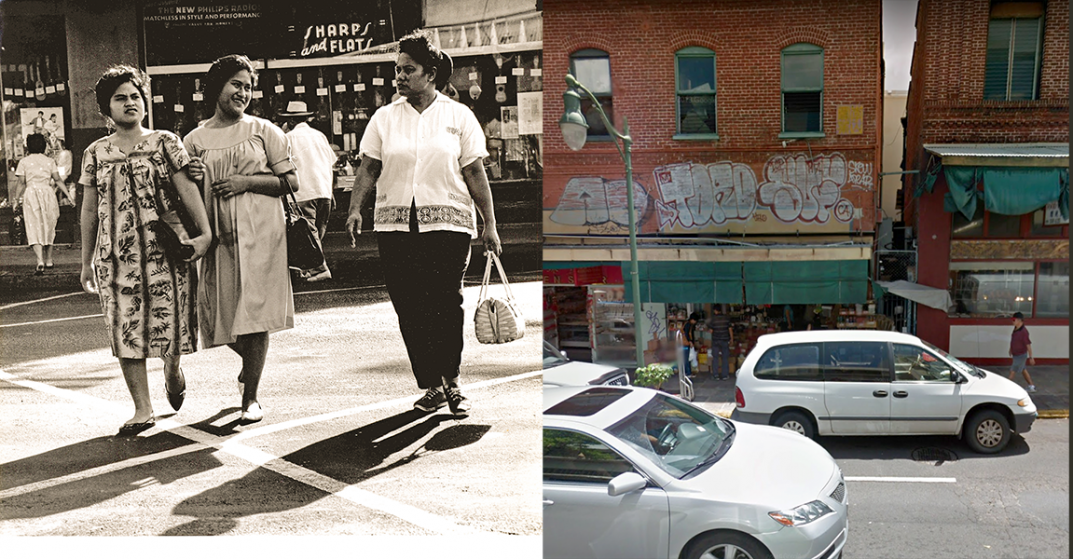 Photo 18 : (left) Seen from across the street toward Sharps and Flats Store at 114 North King Street. Camera facing mauka (north/east).

Many thanks go to Natalie Besl, Don Hibbard and Lorraine Minatoishi for their invaluable assistance in identifying the locations of the above Haar images.

Sponsors
The exhibition is generously sponsored by the University of Hawai‘i at Mānoa’s Department of Art + Art History and College of Arts + Humanities; the John Young Foundation, the Cooke Foundation; the Hawai‘i State Foundation on Culture and the Arts through appropriations from the Legislature of the State of Hawai‘i and by the National Endowment for the Arts; Halekulani Hotel – Hospitality Sponsor for the Arts at UH Mānoa; and anonymous donors. All photographs for the exhibition are drawn from UH Mānoa’s Hamilton Library Collections.

For more information please contact Sharon Tasaka at 808.956.7198 and gallery@hawaii.edu