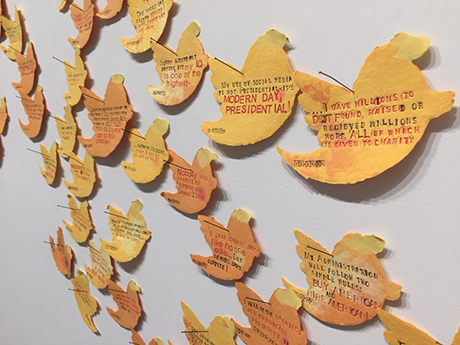 The new works by Nehmad address two of the most disquieting issues confronting America today, the President’s verbal incontinence and gun violence.

TWIT is an installation surrounding the viewer with over 300 of Trump’s divisive tweets, issued both before and after he became President, stamped on handmade orange/yellow paper “twits”. Contradictory twits will lock beaks. Tweets criticizing the previous President are amazingly prescient descriptors of Trump’s actions and behavior in office.

In the second 12 months following the massacre at Sandy Hook Elementary School, 137 children aged 10 and under either shot themselves or another child or were shot by an adult. The 12 visually compelling needlepoints comprising “what’s wrong with this country? – the next 12 months” break down these statistics on a monthly basis which can be read with a QR code reader downloaded to a smart phone. 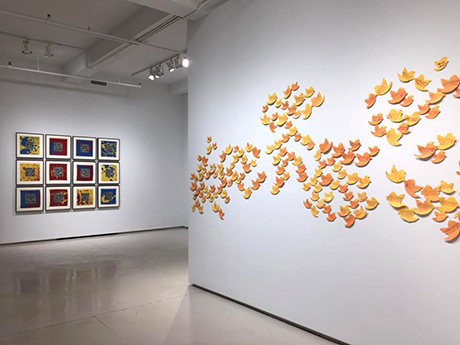