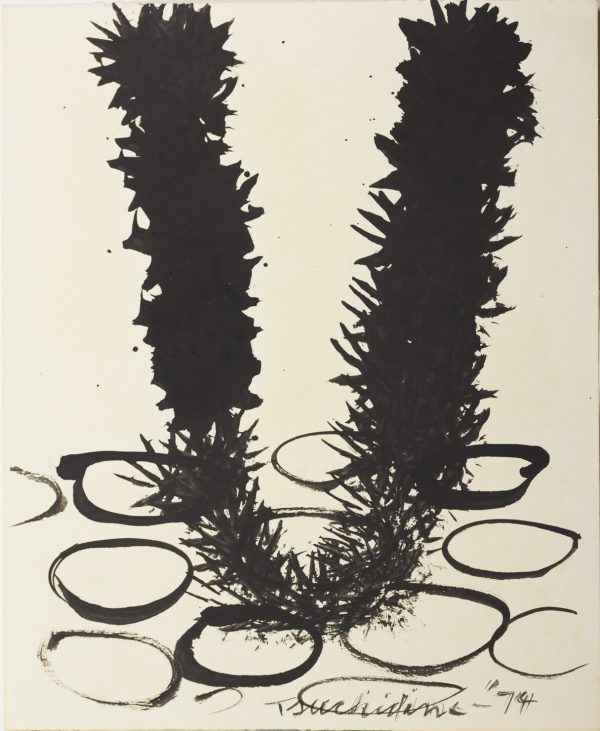 Exhibition Summary:
More than eighty diverse drawings and paintings on paper are featured in the exhibition Harry Tsuchidana: Works on Paper, on view at The Art Gallery, University of Hawai‘i at Mānoa (UHM). Although this esteemed living artist has produced an incredible volume of works over the course of his decades-long career and has received much-deserved attention in solo and group exhibitions for his paintings on canvas or board, this is only the second presentation that foregrounds his works on paper. The previous exhibition was held thirty years ago at Honolulu Academy of Arts’ Graphic Arts Gallery.

Artist Statement:
It’s about the process, not about hitting the target. If you hit the target you are lost.
–Harry Tsuchidana, 2018

Artist Info:
Harry Tsuchidana (b. 1932, Waipahu, O‘ahu) considers himself to be a part of the international modernist art movement. At eighty-six years old, he still wakes at 6:00 a.m. every morning for a full day’s work diligently solving “equations” regarding line, form, color, and composition in his studio situated adjacent to his apartment.