ARTIST STATEMENT:
My research is the nuclear spectrum: touching that which would be the sign or the form of the nuclear effect by imagining a radiant body, a material live, mutant and bombarded with isotopes.

Isotopia is the parallel world, utopia infernal, built from the table of isotopes which serves as a workshop and exhibition area—where visitors are invited to discover and reflect on this monstrous body of impossible matter. —Stéfane Perraud

One of the artist’s main subjects concerns light and how it relates, both symbolically and scientifically, to knowledge and disaster at the same time. Using diverse electronic techniques, notably light programming, his works interact with the viewer’s body, movement and perception, all the while bridging the histories of science and art.

Born in 1975, Stéfane Perraud is a visual artist who first worked in performance and multimedia. He earned an MA in Arts, as a designer/conceptor in decorative arts, and studied multimedia and scenography as a double major at ENSAD (National School for Decorative Arts). From 2008, Perraud has been working on the limits and challenges of new media/trans-media through research initiated since then, within a constant back and forth from plastic to performance practice. Since 2010, nuclear energy and radioactive material have become two of his principal fields of research.

Stéfane Perraud lives and works in Montreuil, just outside Paris, France. Galerie de Roussan in Paris, under the direction of Jeanne Lepine and Anne Brengou, previously represented him.

Aram Kebabdjian, born in 1978, holds a doctorate in the history of philosophy. He is a photographer and an award-winning author. His first novel, titled The Idle, is a work of fiction based on the world of contemporary art. Kebabdjian and Perraud have collaborated on several projects, combining Perraud’s visual work with Kebabdjian’s poetry and graphic design. They often describe their collaborations for the Isotopia installation series as theater. 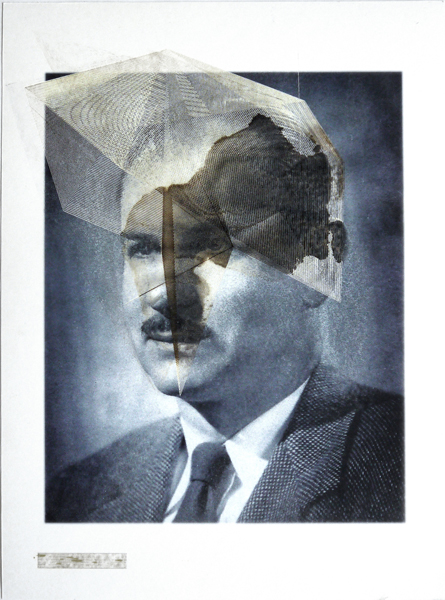