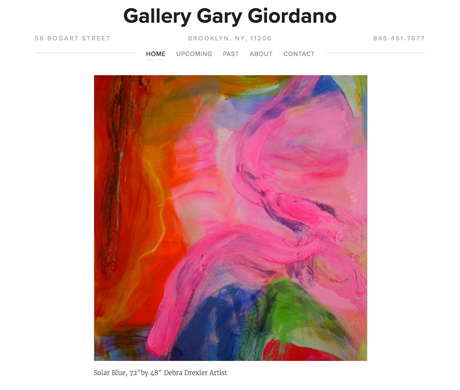 Lucas Moran and Debra Drexler have a similar relationship to the painting medium Galkyd as the vehicle that animates their painting. Both painters began their relationship with Galkyd through its intended use of extending paint and speeding drying time. However, Moran and Drexler are both driven by an endless sense of material exploration. They soon began pushing the medium to its limits and beyond. By layering numerous transparent coats of glaze, unexpected color interactions begin to occur. Moran is interested in disrupting the traditional drying process so that the painting will wrinkle, which is caused by a skin drying over wet paint. Drexler will play off the intense color interactions created by glazing numerous coatings of pigmented Galkyd against passages of synthetic paint submerged in layers of acrylic mediums, that are at times glossy or flat, matt, or disrupted by water. Galkyd becomes a catalyst for experimental process that speaks to the complexities of 21st century abstraction.