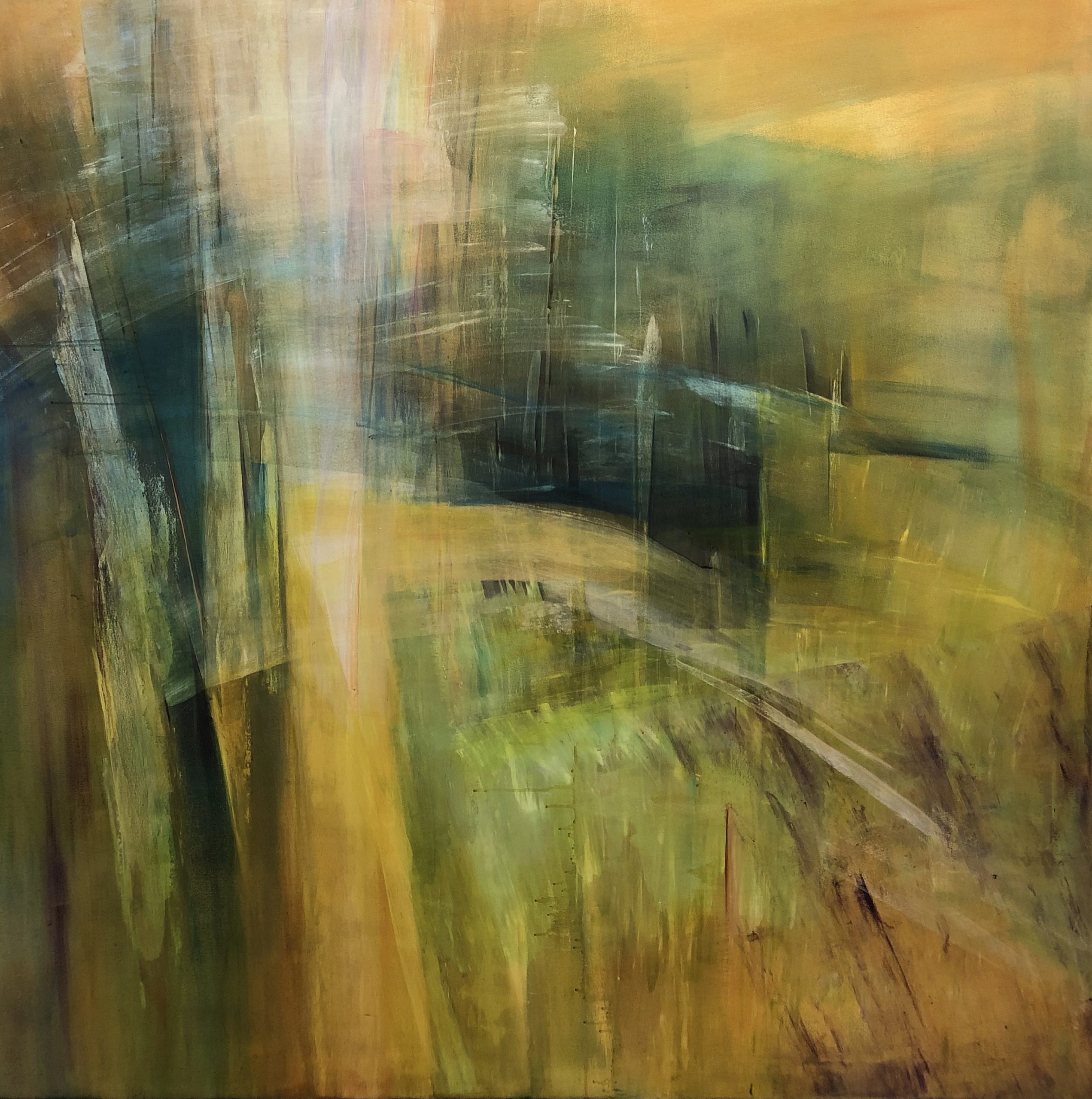 Lee Seul Bi, meaning drizzling in English, shows the sweet emotion that follows  bitterness and sorrow. From the definition of Han, the positive emotion is the result of sublimating negative emotions. The color of white and light pink with beige indicates the joyful calm following a struggle. However, the middle has the combination of dark colors. Like the memories of lasting pain, it indirectly suggests the rest of the problem that still needs to be solved, remains as a scar. The softly curved vertical brushstrokes suggests that the process of sublimation is already finished. The vertical lines indicate the dance movements of Salpuri, which is one of the traditional Korean dances that refers to the ceremony, originally based in Korean Shamanism, of resolving one’s deep sorrow.

Bio:
Mary Kim (b. 1989, Terre Haute, IN) is a painter who has background both in the East and the West from living in the U.S.A. and South Korea. She is a poetic abstractionist who utilizes color to intertwine her opposing cultural experiences; her work is often based on Korean folktales as well as inspired by the abstractions of Hans Hofmann. Kim received her BFA in Painting and Drawing from Indiana University Bloomington in 2012. Currently, Kim is an MFA candidate in Painting and Drawing at the University of Hawai'i at Manoa. She has had solo shows at the Commons Gallery, University of Hawaii at Manoa, and Insatong and Myeong Dong, both in Seoul, Korea.